The Mahi Mahi or Dolphin or Dorado can either be used to describe many fish or one singular fish. It i also important to point out that when most people referring to “dolphin”, they are referring to the mammal such as flipper the dolphin and not the fish. These dolphin we catch are extremely colorful and beautiful and can be found around the Gulf of Mexico in offshore waters. These vibrant fish could be the most colorful fish in the warm Gulf waters of Tampa Bay. Greens, Blues, and vibrant yellows are apparent throughout their body. The mahi mahi’s dorsal fin is a unique characteristic in that it extends all the way down from the front of its body to the back. it almost looks like a mane such as one on a horse. Male dolphins are called bulls because of their flat like appearance in their head. The females are called cows because they have a more rounded head. If you are charter fishing for dolphin in Tampa Bay, you may see a dolphin change color and hues as it approaches the boat after you hook one and this is a sign that the dolphin is more mature and larger. The dolphin has been seen to get brighter in color when this happens.

Where To Find Dolphin

If you are dolphin charter fishing in Tampa Bay, you will find them offshore in the Gulf of Mexico in warm dark blue waters that carry the Gulf Stream. dolphin are found sometimes in patches of sea weed floating and also wherever you see schools of bait fish in the gulf.

The size and weight of the dolphin or mahi mahi fish ranges anywhere from 5 -20 lbs and is considered a medium fish to haul in. Dolphin in the range of 20-50 pounds are out there but more rare. Smaller mahi mahi are called schoolies and they come together in large schools or groups of fish. The larger sized dolphin often will pair up with a female or cow dolphin.

Dolphin charters in Tampa Fl are very fun for the entire crew because of the aerial display after you hook one. Thee beautiful fish can be seen jumping and displaying their sheer power when charter fishing in Tampa Fl. You may see some bull jumping and shaking their large heads at the same time. This action is similar to a dog shaking its head when they are trying to tug a bone away from you.

The best technique used for dolphin fishing is trolling the waters of Tampa Bay and the Gulf of Mexico. We also may use the run and gun method to cover large areas of water to catch these one of a kind fish. Captain Tom Pooler will ask you to lookout for indicators that dolphin are in the area and those indicators are: seeing the mahi mahi in the water, diving seagulls or birds,splashing baitfish, patches of seaweed, and disturbance in the water.

Live bait and chunks of live bait in Tampa Bay are the best choice. We also will use artificial lures and feathered jiggs to catch the dolphin.

Tampa Bay Offshore Fishing Charters goes deep sea fishing for all types of fish aboard our 31′ Fountain boat. By creating a once in a lifetime experience, we usually are exceeding our customers expectations. One goal is to always explain about the time of year and what’s biting in Tampa Bay and the Gulf of Mexico. 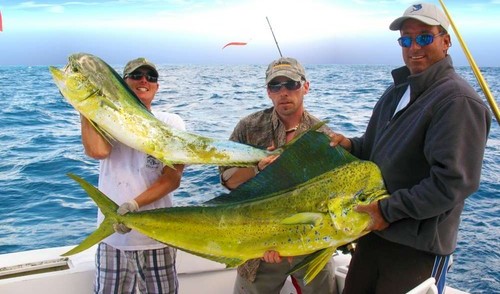 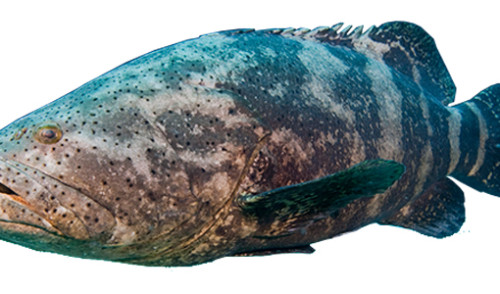 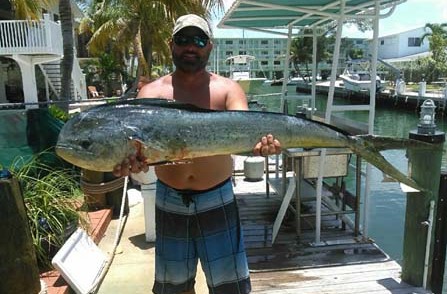 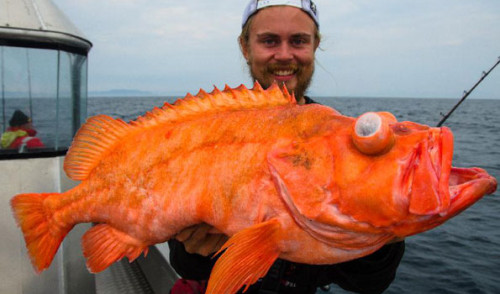