Top Things To Do Tampa Bay

Things To Do In Tampa and Tampa Bay Tampa Bay is home to some of the best attractions and activities for your family. With Tampa being strategically placed between a few bodies of water, the activities surrounding the community here are unparalleled from the amazing zoos, theme parks, restaurants, and parks, you will sure to […]

King Fish Are Ready for Action!

Its still winter but as we move closer into Spring the kingfish will be ready for action! Around March and April all sorts of reports come in regarding the kingfish bite especially when the water temps reach above 80 degrees. Some days are much more active than others because the  the king mackeral are always […] 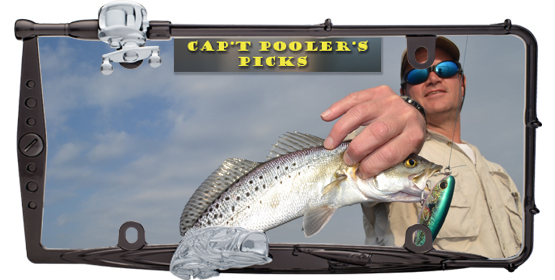 East Central Florida is home to the largest spotted seatrout in the world. After entanglement netting was constitutionally banned in Florida, seatrout have rebounded back to healthy numbers and sizes that we haven’t seen since the early 1980’s. Seatrout are an aggressive fish that will strike anything from topwater artificials, spoons, jigs, livebait and various […]