Types Of Snapper We Catch:

Yellowtail Snapper – Mostly grey with a bright yellow stripe through its body. Found in coral reefs and wrecks in water 33 ft – 100ft.

Mangrove Grey Snapper – dark brown or grey with reddish and oorange spot along it sides. Canine teeth are present in frontal jaw.Dorsal fins have dark or red colored borders.

Lane Snapper – silvery pink and reddish in color. Mature at 6 in and feeds on the bottom. 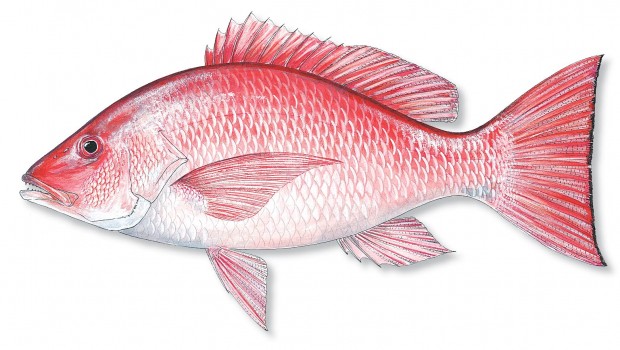 Characteristics Of The Grouper

There are several different types of snapper to fish for in The Gulf Of Mexico, Middle Grounds, as well as Tampa Bay. Northern red snappers actually move to different habitats through their lifecyces and Capt Tom Pooler knows just where to find them. These bottom feeding fish are pretty easy to catch and are pretty tasty to say the least.

Where To Find Snapper In Florida

Snapper are pretty rare in south Florida but can be found offshore in the Atlantic as well as the Gulf Of Mexico. We find snapper sometimes in shallow waters off beaches and even in deep holes around the middle grounds. Most snapper along the shore will be greys.

Snapper can range from a pound or so to about 6-9 pounds.The world record red snapper is 50 bs 4 oz and the Florida record is 46 pounds 8 oz.

A very hard fighting fish that will use aggressive head shakes to catch their food so its important to get that hook sunk in quickly.

Snapper is best caught with very light ocean tackle or we will use spinning and bait casting tackle. often times catching snapper will require deep drops and we will use heavy rods and spinning lines at the same time. Capt Pooler likes to use minnows,pilchards, and squid to catch these tasty fish  in Tampa Fl.